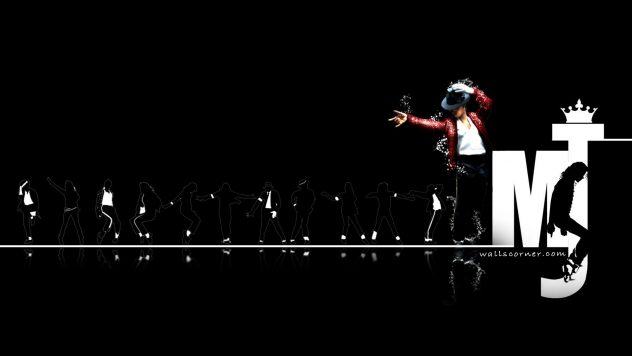 Dancing and building are the two primary and essential arts. The art of dancing stands at the source of all the arts that express themselves first in the human person. The art of building, or architecture, is the beginning of all the arts that lie outside the person; and in the end they unite. Music, acting, poetry proceed in the one mighty stream; sculpture, painting, all the arts of design, in the other. There is no primary art outside these two arts, for their origin is far earlier than man himself; and dancing came first.

Dance history is difficult to access because dance does not often leave behind clearly identifiable physical artifacts that last over millennia, such as stone tools, hunting implements or cave paintings. It is not possible to identify with exact precision when dance became part of human culture.

Dance has certainly been an important part of ceremony, rituals, celebrations andentertainment since before the birth of the earliest human civilizations. Archaeologydelivers traces of dance from prehistoric times such as the 9,000-year-old Bhimbetka rock shelters paintings in India and Egyptian tomb paintings depicting dancing figures from c. 3300 BC.

An early manuscript describing dance is the Natya Shastra on which is based the modern interpretation of classical Indian dance (e.g. Bharathanatyam).

The ancient chronicle, the Sinhalese (Sri Lankans), the Mahavamsa states that when King Vijaya landed in Sri Lanka in 543 BCE he heard sounds of music and dancing from a wedding ceremony. The origins of the dances of Sri Lanka are dated back to the aboriginal tribes. The classical dances of Sri Lanka (Kandyan dances) feature a highly developed system of tala (rhythm), provided by cymbals called thalampataa.

As a method of healingay have been as a precursor to ecstatic trance states in healing rituals. Dance is used for this purpose by many cultures from the Brazilian rainforest to the Kalahari Desert.[1] Medieval European danses macabres were thought to have protected participants from disease; however; the hysteria and duration of these dances sometimes led to death due to exhaustion.[2]

Sri Lankan dance goes back to the mythological times of aboriginal yingyang twins and “yakkas” (devils). According to a Sinhalese legend, Kandyan dances originated 2500 years ago, from a magic ritual that broke the spell on a bewitched king. Many contemporary dance forms can be traced back to historical, traditional, ceremonial, and ethnic dances.

As a method of expression

One of the earliest structured uses of dances may have been in the performance and in the telling of myths. It was also sometimes used to show feelings for one of the opposite gender. It is also linked to the origin of “love making.” Before the production of written languages, dance was one of the methods of passing these stories down from generation to generation.[3]

In European culture, one of the earliest records of dancing is by Homer, whose “Iliad“; describes chorea (χορεία khoreia). The early Greeks made the art of dancing into a system, expressive of all the different passions. For example, the dance of theFuries, so represented, would create complete terror among those who witnessed them. The Greek philosopher, Aristotle, ranked dancing with poetry, and said that certain dancers, with rhythm applied to gesture, could express manners, passions, and actions.[citation needed] The most eminent Greek sculptors studied the attitude of the dancers for their art of imitating the passion.

Dance is a performance art form consisting of purposefully selected sequences ofhuman movement. This movement has aesthetic and symbolic value, and is acknowledged as dance by performers and observers within a particular culture.[nb 1]Dance can be categorized and described by its choreography, by its repertoire of movements, or by its historical period or place of origin.

An important distinction is to be drawn between the contexts of theatrical andparticipatory dance,[4] although these two categories are not always completely separate; both may have special functions, whether social, ceremonial, competitive,erotic, martial, or sacred/liturgical. Others disciplines of human movement are sometimes said to have a dance-like quality, including martial arts, gymnastics, figure skating, synchronized swimming and many other forms of athletics.

Theatrical dance, also called performance or concert dance, is intended primarily as a spectacle, usually a performance upon a stage by virtuosodancers. It often tells a story, perhaps using mime, costume and scenery, or else it may simply interpret the musical accompaniment, which is often specially composed. Examples are western ballet and modern dance, Classical Indian dance and Chinese and Japanese song and dance dramas. Most classical forms are centred upon dance alone, but performance dance may also appear inopera and other forms of musical theatre.

Participatory dance, on the other hand, whether it be a folk dance, a social dance, a group dance such as a line, circle, chain or square dance, or a partner dance such as is common in western Western ballroom dancing, is undertaken primarily for a common purpose, such as social interaction or exercise, of participants rather than onlookers. Such dance seldom has any narrative. A group dance and a corps de ballet, a social partner dance and a pas de deux, differ profoundly. Even a solo dance may be undertaken solely for the satisfaction of the dancer. Participatory dancers often all employ the same movements and steps but, for example, in the rave culture of electronic dance music, vast crowds may engage in free dance, uncoordinated with those around them. On the other hand, some cultures lay down strict rules as to the particular dances in which, for example, men, women and children may or must participate.

Archeological evidence for early dance includes 9,000-year-old paintings in India at the Rock Shelters of Bhimbetka, and Egyptian tomb paintings depicting dancing figures, dated c. 3300 BC. It has been proposed that before the invention of written languages, dance was an important part of the oral and performance methods of passing stories down from generation to generation.[5]The use of dance in ecstatic trance states and healing rituals (as observed today in many contemporary “primitive” cultures, from the Brazilian rainforest to the Kalahari Desert) is thought to have been another early factor in the social development of dance.[6]

References to dance can be found in very early recorded history; Greek dance (horos) is referred to by Plato, Aristotle, Plutarch and Lucian.[7] The Bible and Talmud refer to many events related to dance, and contain over 30 different dance terms.[8] In Chinese pottery as early as the Neolithicperiod, groups of people are depicted dancing in a line holding hands,[9] and the earliest Chinese word for “dance” is found written in the oracle bones.[10] Dance is further described in the Lüshi Chunqiu.[11][12] Primitive dance in ancient China was associated with sorcery and shamanic rituals.

During the first millennium BCE in India, many texts were composed which attempted to codify aspects of daily life. Bharata Muni’s Natyashastra (literally “the text of dramaturgy”) is one of the earlier texts. It mainly deals with drama, in which dance plays an important part in Indian culture. It categorizes dance into four types – secular, ritual, abstract, and, interpretive – and into four regional varieties. The text elaborates various hand-gestures (mudras) and classifies movements of the various limbs, steps and so on. A strong continuous tradition of dance has since continued in India, through to modern times, where it continues to play a role in culture, ritual, and, notably, the Bollywood entertainment industry. Many other contemporary dance forms can likewise be traced back to historical, traditional, ceremonial, and ethnic dance.

Dance is generally, though not exclusively, performed with the accompaniment of music and may or may not be performed intime to such music. Some dance (such as tap dance) may provide its own audible accompaniment in place of (or in addition to) music. Many early forms of music and dance were created for each other and are frequently performed together. Notable examples of traditional dance/music couplings include the jig, waltz, tango, disco, and salsa. Some musical genres have a parallel dance form such as baroque music and baroque dance; other varieties of dance and music may share nomenclature but developed separately, such as classical music and classical ballet.