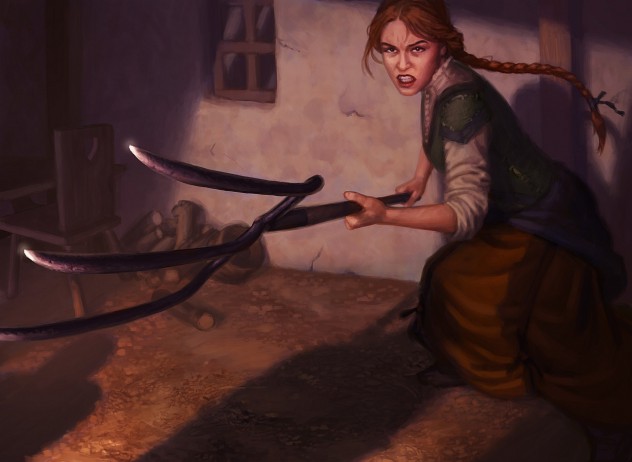 The term martial arts refers to all of the various systems of training for combat that have been arranged or systematized. Generally, these different systems or styles are all designed for one purpose: physically defeating opponents and defending against threats. In fact, the word ‘martial’ derives from the name Mars, who was the Roman god of war.

History of Martial Arts: Ancient peoples of all types engaged in fighting, war, and hunting. Thus, each and every civilization subscribed to a version of martial arts or combat all their own. Still, most people think of Asia when they hear the term martial arts. Along with this, around the year 600 BC trade between India and China flourished. It is believed that during this time information regarding the Indian martial arts was passed onto the Chinese and vica versa.

According to legend, an Indian monk named Bodhidharma facilitated the transmission of Chan (China) orZen (Japan) to China when he moved to southern China. His teachings lent a lot to martial arts philosophies like humility and restraint that continue even today. In fact, some have credited Bodhidharma with the initiation of Shaolin martial arts, though this assertion has been discredited by many.

When I think of the word martial arts, I think of that old song Kung Fu Fighting. I think of the kid in my neighborhood who thought he was a ninja and would play incessantly with nunchucks and throwing stars. Martial arts makes me think of David Carradine, Bruce Lee, and Chuck Norris. I think of tough guys (and gals) battling it out in the Octagon. The Karate Kid and the Cobra Kai punk sweeping Daniel-san’s leg.

But behind pop culture and the punches and kicks, there is a lot more to the martial arts than meets the eye. More than sport, fighting, or self-defense, the martial arts are first and foremost about life. About finding what is at the essence of your own being and expressing that essence.

The martial arts are also about art. ”To be a martial artist means to be an artist of life,” Bruce Lee once said. Next to my family and my faith, I have learned more about life from the martial arts than through any other endeavor.

Some of the life lessons you can learned from the martial arts:

How you breathe will dictate everything from the type of athlete you are, to how you sleep, to how your body feels and looks. It’s a wonder why we in fitness so seldom focus on this very essence of life. My sifu once told me that he could tell how effective a fighter was in one glance by how he or she breathed.

At the core of breathing is connecting with our core. Our breath does not originate in our lungs or in our chests, but from deep within. But as simple as breathing seems, effective and efficient breathing can take years of practice. I can think of no better place to learn the essence of breath than in the martial arts. The martial arts are both internal and external. That is, the external knees, elbows, and kicks are most effective when truly connected with the internal essentiality of breath.

ENERGY FORCE, OR CHI AS IT’S REFERRED TO IN THE CHINESE MARTIAL ARTS, IS MORE THAN SOME ANCIENT BUZZ WORD OR SECRET POWER. CHI IS FINDING YOUR REAL BREATH. IN THE MARTIAL ARTS YOU LEARN TO MOVE OUTSIDE FROM WHAT’S INSIDE.

Everything seems to move at warp speed these days. From how we communicate to how we travel, in the blink of an eye the world is at your fingertips. With this hectic pace comes a rushed focus on fitness, our physicality, and our athletic endeavors.

But being proficient at anything at full speed takes the willingness and patience to first go slowly, literally and figuratively. Any professional athlete will tell you that the ritualistic nature of slowing down your craft is the key to success in that craft. You have to walk before you can run.

The golfer takes his practice swing at a quarter speed, as does the batter in the batters box.Boxers shadowbox. This is far more than simply warming up. Slowing the movement down helps us get that movement into our body as to perfect it. Going slow is something a martial artist does as a part of their practice day in and day out.

WHETHER ITS PRACTICING FORMS, BREATHING SETS, OR SIMPLY TIMING SPARRING, THE MARTIAL ARTS WILL TEACH YOU TO FIND YOUR PATIENCE AND GO SLOW.

Words Only Have the Power We Give Them

beeing aware of the power of words. Words inspire, words inform, and words can destroy – if we let them. One of the first lessons my sifu taught us was that we were never to fight over words. Never. Someone else’s problem was just that, their problem.

The martial arts will teach you not to react to other’s problems, but to pay attention to your own. There has been many times my training in the martial arts has saved me, but not in the way you might think. I haven’t used fancy kicks to ward off a gang of street thugs. Rather, I’ve used the ability I learned in the martial arts of not reacting to words that were meant as harmful, but in actuality were harmless.

LIFE COMES DOWN TO MOMENTS WHERE WE REACT OR DON’T. MARTIAL ARTS TEACHES YOU THE DISTINCTION OF WHEN TO REACT, AND WHEN NOT TO.

The ability to be present in a given circumstance means the difference between success and failure and potentially life and death. Where can you learn heightened awareness? Look no further than the martial arts.

Even with a mouthpiece, headgear, and padded gloves, getting punched (or kicked) in the head is no joke. The stakes are high. Nothing brings you to the present moment quite like a fight, whether it’s a practice fight or a real one.

But it’s in more than fighting where you can find the practice of staying present. Stillness can be just as uncomfortable as a rigorous bout of sparring, as any yogi knows. The difference from a practice like yoga or meditation where you slow down and find awareness, is that the martial arts not only slows down, it speeds up – way up.

WITH THE JUXTAPOSITION OF SPEED AND INTENSITY COMES THE ABILITY TO FIND AWARENESS IN ANY SITUATION.

Conflict Begins and Ends From Within

One of the biggest lessons I learned in the martial arts as an athlete, as a coach, and as a human is that life’s greatest battles are fought within. Even in actual fights, the greatest obstacle we face is our own fear, our own breath, or our own tension. A martial artist starts with this simple fact in mind. The battles will be won when we’re willing to face ourselves.

IN YOUR FIRST MARTIAL ARTS CLASS, YOU WILL START WITH THIS DISCOMFORT. YOU MUST FIND THE WILLINGNESS TO SEEK YOUR LIMITATIONS AND WORK WITH AND THROUGH THEM.

The Journey Is What Matters

In our culture, we tend to focus on outcomes. Winning versus losing. Gaining weight versus losing weight. In the martial arts, I’ve learned that process is growth, regardless of outcome.A journey in the martial arts is a journey from within. To that end, as we grow old we need not stop growing. Our limited view of growth is expanded by the viewpoint of a martial artist.

ART, IN A MOST BASIC OF DEFINITION IS EXPRESSION, AND A MARTIAL ARTIST FOCUSES ON THAT EXPRESSION THROUGHOUT THE WHOLE JOURNEY.

Some day when I am old, I aspire to be just like them practicing my craft, still growing, and expressing my art.