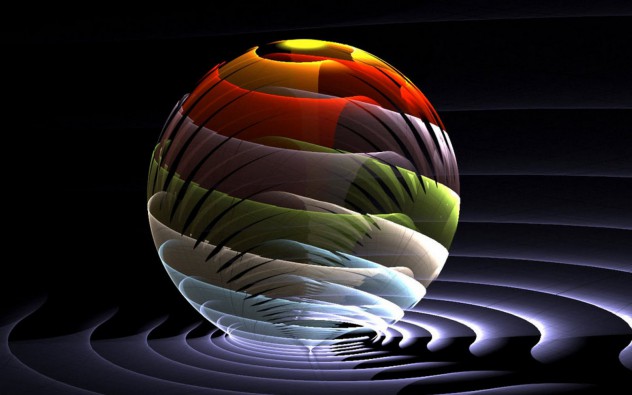 The general study of the relationships between motion, forces, and energy is called mechanics. It is a large field and its study is essential to the understanding of physics. Mechanics can be divided into sub-disciplines by combining and recombining its different aspects. Three of these are given special names.

Motion is the action of changing location or position. The study of motion without regard to the forces or energies that may be involved is called kinematics. It is the simplest branch of mechanics. The branch of mechanics that deals with both motion and forces together is calleddynamics and the study of forces in the absence of changes in motion or energy is called statics.

The term energy refers an abstract physical quantity that is not easily perceived by humans. It can exist in many forms simultaneously and only acquires meaning through calculation. A system possesses energy if it has the ability to do work. The energy of motion is called kinetic energy

Whenever a system is affected by an outside agent, its total energy changes. In general, a force is anything that causes a change (like a change in energy or motion or shape). When a force causes a change in the energy of a system, physicists say that work has been done. The mathematical statement that relates forces to changes in energy is called the work-energy theorem.

When the total of all the different forms of energy is determined, we find that it remains constant in systems that are isolated from their surroundings. This statement is known as the law ofconservation of energy and is one of the really big concepts in all of physics, not just mechanics.

Motion may be divided into three basic types — translational, rotational, and oscillatory. The fourth type of motion — random —

Translational motion results in a change of location. This category may seem ridiculous at first as motion implies a change in location, but an object can be moving and yet not go anywhere. I get up in the morning and go to work (an obvious change in location), but by evening I’m back at home — back in the very same bed where I started the day. Is this translational motion? Well, it depends. If the problem at hand is to determine how far I travel in a day, then there are two possible answers: either I’ve gone to work and back (22 km each way for a total of 44 km) or I’ve gone nowhere (22 km each way for a total of 0 km). The first answer invokes translational motion while the second invokes oscillatory motion.

Oscillatory motion is repetitive and fluctuates between two locations. In the previous example of going from home to work to home to work I am moving, but in the end I haven’t gone anywhere. This second type of motion is seen in pendulums (like those found in grandfather clocks), vibrating strings (a guitar string moves but goes nowhere), and drawers (open, close, open, close — all that motion and nothing to show for it). Oscillatory motion is interesting in that it often takes a fixed amount of time for an oscillation to occur. This kind of motion is said to be periodic and the time for one complete oscillation (or one cycle) is called a period. Periodic motion is important in the study of sound, light, and other waves. Large chunks of physics are devoted to this kind repetitive motion. Doing the same thing over and over and going nowhere is pretty important; which brings us to our next type of motion.

Rotational motion occurs when an object spins. The earth is in a constant state of motion, but where does that motion take it? Every twenty-four hours it makes one complete rotation about its axis. (Actually, it’s a bit less than that, but let’s not get bogged down in details.) The sun does the same thing, but in about twenty-four days. So do all the planets, asteroids, and comets; each with its own period. (Note that rotational motion too is often periodic.) On a more mundane level, bocce balls, CDs, and wheels also rotate. That should be enough examples to keep us busy for a while.

Random motion occurs for one of two reasons. Some motion is predictable in theory but unpredictable in practice, which makes it appear random. For example, a single molecule in a gas will move freely until it strikes another molecule or one of the walls containing it. The direction the molecule travels after a collision like this is completely predictable according to current theories of classical mechanics. Every measurement has uncertainty associated with it. Every calculation made using the results of a measurement will carry that uncertainty along. Now imagine that you are trying to predict the motion of a billion gas atoms in a container. (That’s a small amount, by the way.) After measuring the position and velocity of each one as accurately as possible, you enter the data into a monstrous computer and let it do the calculations for you. Since the measurements associated with each molecule are a little off, the first round of computation will be a little wrong. Those wrong numbers will then be used in the next round of calculation and the results will be a little more wrong. After a billion calculations, the compounded error would render the results useless. The molecule could be anywhere within the container. This type of randomness is called chaos.

Some motion is unpredictable in theory and is truly random. For example, the motion of the electron in an atom is fundamentally unpredictable because of a weird conspiracy of nature described by quantum mechanics. The harder you try to locate the electron, the less you know about its velocity. The harder you try to measure its velocity, the less you know about its location. This is fundamental quality of small objects like electrons and there is no way around it. Although the electron is often said to “orbit” the nucleus of an atom, strictly speaking, this isn’t true. The probability of finding the electron at any particular point in space is predictable, but how it got from the first place you observed it to the second is actually a meaningless question. There is no name for this kind of motion because the concept of motion doesn’t even apply.

Biomechanics is the study of the structure and function of biological systems such as: humans, animals, plants, organs and cells by means of the methods of mechanics.

In sports biomechanics, the laws of mechanics are applied to human movement in order to gain a greater understanding of athletic performance and to reduce sport injuries as well. It focuses on the application of the scientific principles of mechanical physics to understand movements of action of human bodies and sports implements such

Biomechanics in sports can be stated as the muscular, joint and skeletal actions of the body during the execution of a given task, skill and/or technique. Proper understanding of biomechanics relating to sports skill has the greatest implications on: sport’s performance, rehabilitation and injury prevention, along with sport mastery. One could say that best athlete is the one that executes his or her skill the best.

Humans possess a unique physical structure that enables them to stand
up against the pull of gravity. Humans and animals utilize contact forces
to create movement and motion. The biggest part of the human body is
the trunk; comprising on the average 43% of total body weight. Head and
neck account for 7% and upper limbs 13% of the human body by weight.
The thighs, lower legs, and feet constitute the remaining 37% of the total
body weight. The frame of the human body is a tree of bones that are
linked together by ligaments in joints called articulations. There are 206
bones in the human body. Bone is a facilitator of movement and protects
the soft tissues of the body.

Unlike the frames of human-made structures such as that of skyscrap-
ers or bridges, the skeleton would collapse under the action of gravity if
it were not pulled on by skeletal muscles. Approximately 700 muscles
pull on various parts of the skeleton. These muscles are connected to the
bones through cable-like structures called tendons or to other muscles by
flat connective tissue sheets called aponeuroses. About 40% of the body
weight is composed of muscles.

Skeletal muscles act on bones using them as levers to lift weights or
produce motion. A lever is a rigid structure that rotates around a fixed
point called the fulcrum. In the body each long bone is a lever and an as-
sociated joint is a fulcrum. The levers can alter the direction of an applied
force, the strength of a force, and the speed of movement produced by a
force.