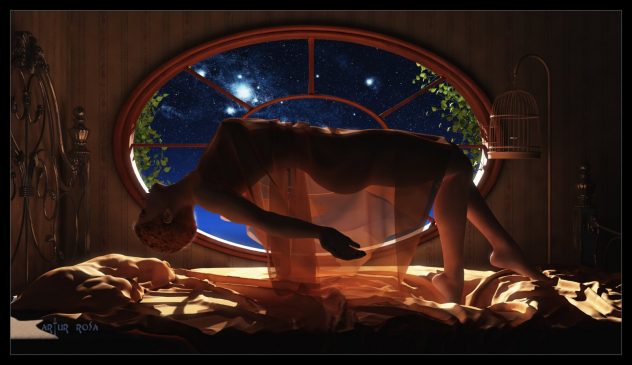 The Definition of a Muse

Today, we understand the role and definition of the muse to be the creative inspiration behind many artists and poets. The muse has the unwavering ability to captivate an artist into creating his or her most immortal pieces of work. The history of the muse and how we have come to grasp that term in modern days is no less awe-invoking or moving than its origins.

In Ancient Greek Mythology, The Muses were known as the nine daughters of Zeus and Mnemosyne. It is said that Zeus visited Mnemosyne nine nights in a row, a muse being conceived each night. If an artist were to call upon The Muses to receive their blessings, it is said that they were then able to breakthrough their talents to produce with a Godly creativity running through them.

The root of the word “muse” bridges out into a complicated and rich language web but the short version can be understood like this: Mnemosyne, the mother of The Muses, is the goddess of memory. Mnemosyne is the precise Greek noun for the word “memory” but the root of the word *mnā- has been passed down to the extended root used in both Greek and Indo-European *men-, which means “to think.” This root then goes on to create so many other words in the English language – “amnesia” from the Greek root, “mental” from the Latin root, and “mind” from the Germanic root.  So, this idea of memory, to think, amnesia, mental, and mind all swirl into the power of The Muses; this combined mental power allowed poets and artists to transcend their mortal creativity and create under The Muses’ influence.

Sounds quite familiar to the muse-artist relationship archetype we celebrate today.

Author Ray Bradbury said, “I’m not in control of my muse. My muse does all the work.”

This narrative has been fed to us with Zelda and F. Scott Fitzgerald, Pablo Picasso and his mistress Marie-Thérèse Walter, and musician Patti Smith and photographer Robert Mapplethorpe – the narrative of a creative (and often times romantic) magnetic pull of an individual, mirroring the power of The Muses from Ancient Greece.

The beauty of the muse is that their power and influence can be similarly defined but their individual identity can range so vastly depending on the artist at hand. For that reason, muses can strike when least expected and can be left as quickly as they were devoured. Once discarded, the muse becomes a person once again, void of their Godly qualities – but only in the eye of that beholder.

The muse always lies in the eye of a beholder and there it lives in its captivity.